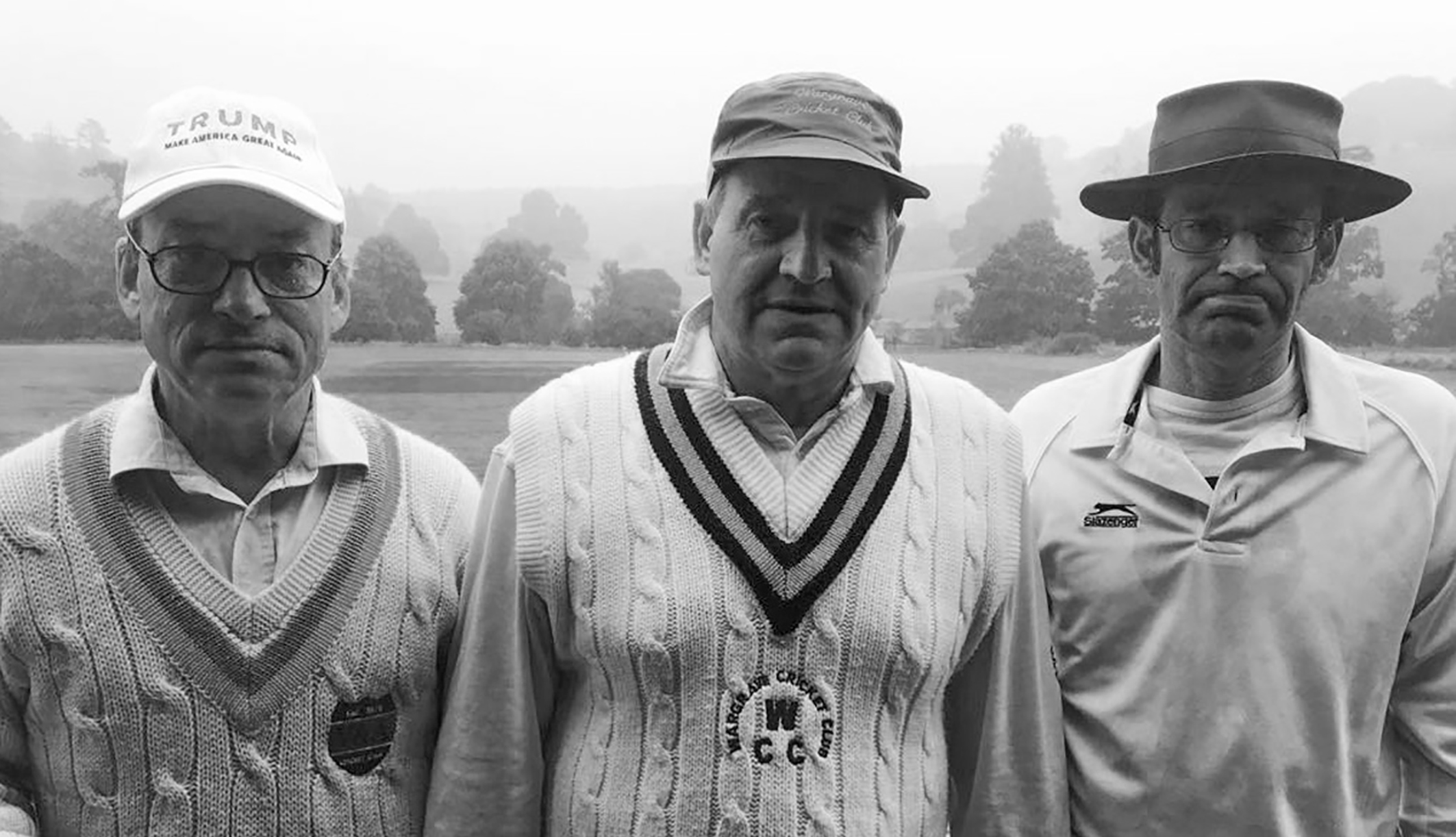 V&A TEAM: VIN GRANTHAM, NICKY BIRD, CHRISTIAAN JONKERS (CAPT.), TOM BIRD, STEPH BIRD, STEPH’S MUM FIONA, NICK PRITCHARD-GORDON THE V&A QUIZ TEAM won last year, and we have won it before. I am embarrassed that we look like a cocky bunch of St Custard’s swots, who know things about books and history and stuff, and bring our own claret. But our Achilles’ Heel is popular culture; with no one under 40 our knowledge ended with the Tellytubbies. Jonkers, for instance, thinks TikTok is what a clock does.  Stonor’s great quizmaster John Powell sets the questions which are brainy and fair – designed to challenge clever dicks but not bamboozle the unlearned. We once had a chap on our team – Ernest Franklin – who failed to answer a single question. Partly due to drink as well as senescence (and doodling inanely on the tablecloth).  This year our team met at […] 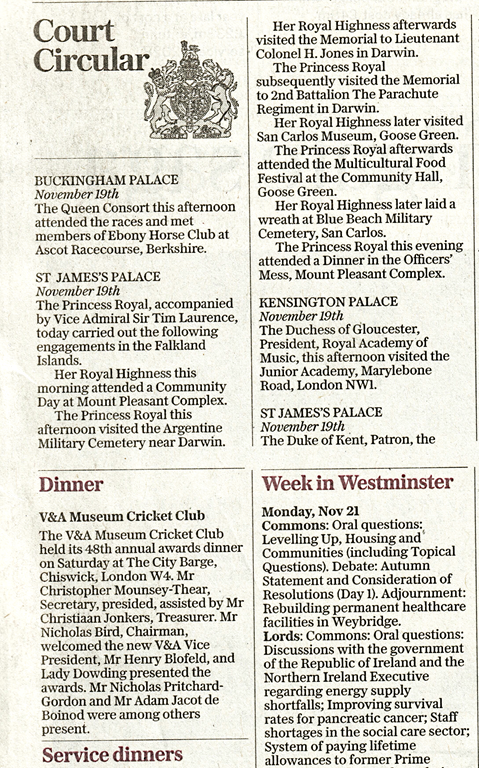 On arrival, Nicky Bird was leaning on the bar at the City Barge in Chiswick, like a Whykamist Del Boy Trotter, spinning yarn and selling stories. The rugby (England v New Zealand) wasn’t on the TV, so a Bird broadcast sufficed as mild entertainment; politics sprinkled with smut, as usual, and that was just his take on Liz Truss. She had apparently made a pass at Andy Fraser in a cab once, and he demurred, which Nicky struggled to believe; not because Liz is “top of the range”, but Andy has “never knowingly turned down anyone”. Truss’ successor, Rishi Sunak, went to Winchester College. “£45,000 a year to board, a rowing club, and a rifle club!” Sir Keir  hurled at the despatch box recently. It also produced Nicky Bird esq, which would’ve been my line of attack. The awards ceremony this year was complimented by a wine tasting, port challenge, […]

The 2022 SEASON was notable for an amazing number of exciting finishes, which weren’t contrived. The most memorable ending was in the second game of our Cambridge tour, against Mark Braid’s XI. Joe Tetlow needed to hit 10 off the last two balls. He hit two sixes. The bowler was their opener, the deliveries were good. As an aside, few remember the bloke at the other end when something dramatic happens. Who was batting with Bradman when the Don was bowled for a duck by Hollies in his last test? Arthur Morris, who went on to make 196. Who was batting with Tetlow? Bird N.  We saw some bright young talent who we must nurture, with bribes or fine wine. Niam Scott-Ram, Aubrey Bamber, Otto Gundry, Theo Grantham and Alex Pitlarge for example. Charlie Hunt, who shone for us briefly, is too good and plays proper cricket for Turville or […] 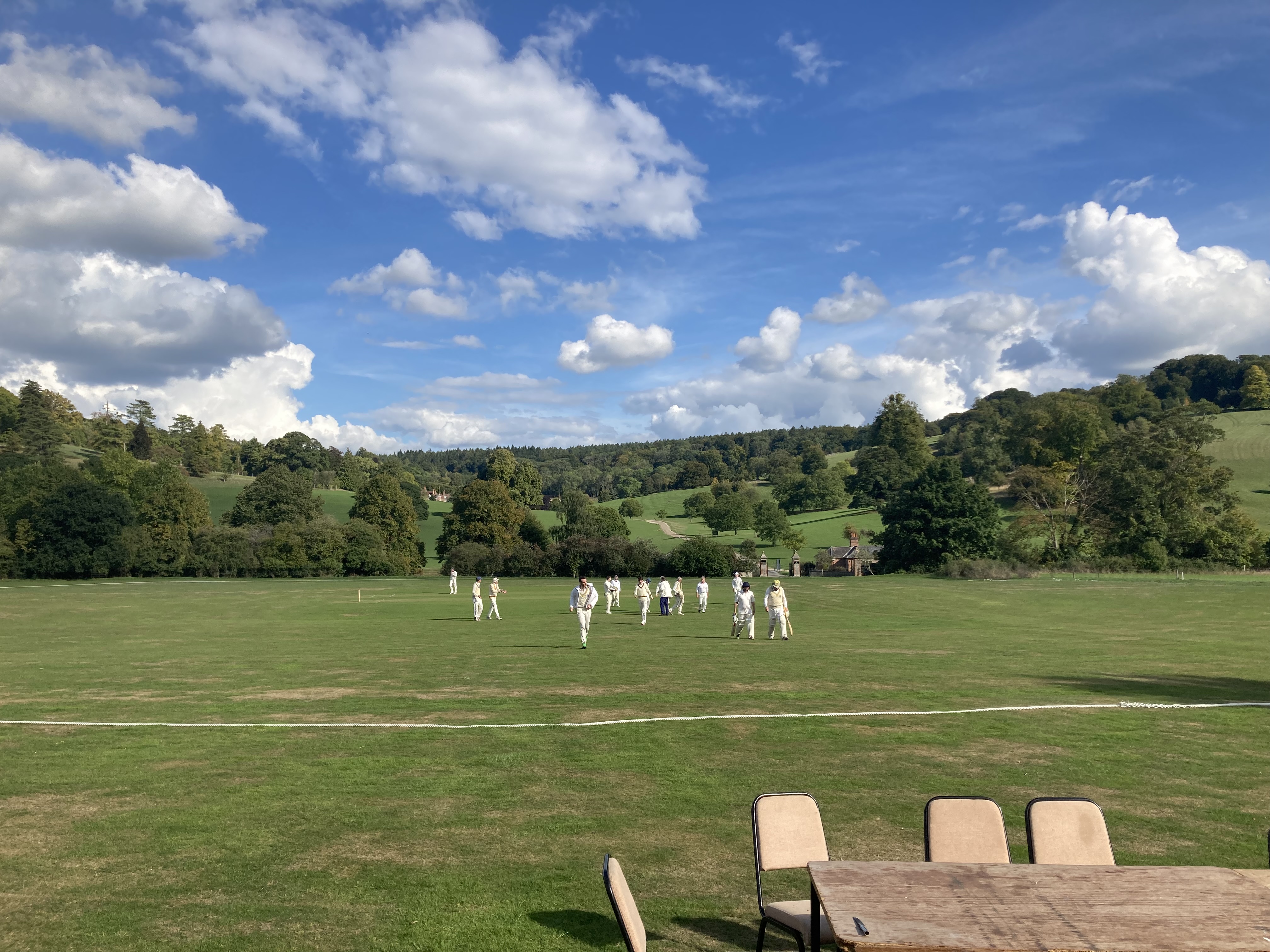 The season crescendo was won by the All Sorts. They had no Jacot’s this year (Louis or Simon), which was an early morale boost. Louis scored a century against us recently. Simon was a good wicket keeper, according to Annette, his mother. He’s retired from cricket apparently, because he can’t play like he used to. Meanwhile, Adam Jacot, of course, is entering his prime. His girlfriend, Emma, is living proof, and catered on the day. Our caterers could themselves be called the “All Sorts”, particularly Emma, and Sarah Jenkins. The urban dictionary will tell you more, though copies won’t be found at Jonkers Rare Books. Nicky, also a caterer – but not in the same league, bought Emma a bouquet of flowers for her troubles. Tesco’s floristry offer is much improved these days. Sarah Jenkins, having only received a soiled tea towel for the same travails across a season, was […] 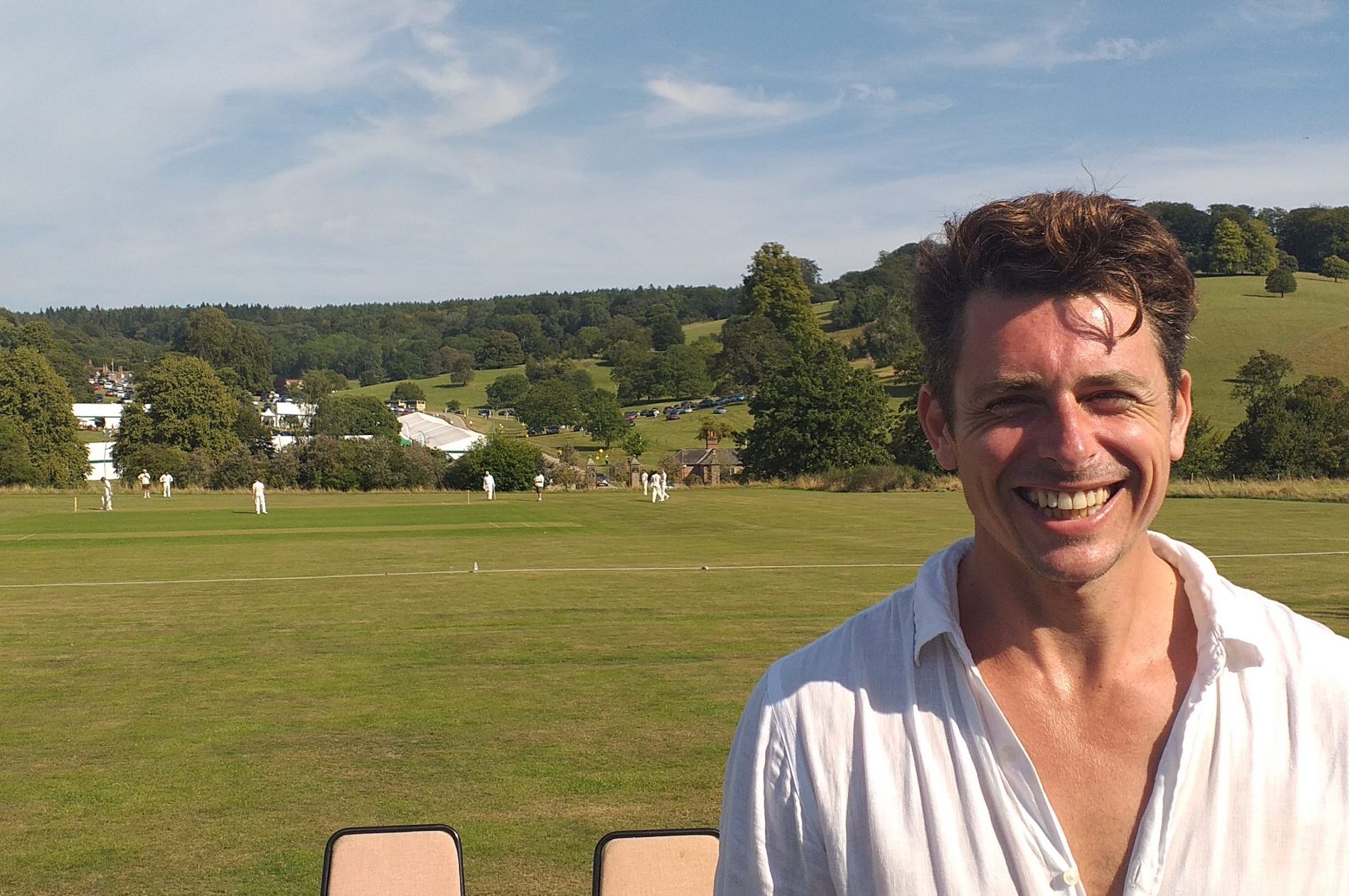 THE QUEEN was Lying in State as we played and the queues to Westminster Hall stretched back to Berkshire. There were queues to get in the queue. Were we guilty of lèse-majesté by playing? David Beckham probably thought so; unlike your run-of-the-mill royal or president, he joined the queue – possibly to show his man-of-the-people credentials in a last bid for a gong. But a Scottish actor (or ‘moron’) claimed the coffin was empty and the body had been secreted elsewhere for ‘security reasons’. Someone suggested she might be in the locked container behind the pavilion at Stonor; but the lock didn’t prevent the mower being nicked so this was thought unlikely. It was a sunny day but cold. Beautifully green. Joe Tetlow had worked hard to get a decent team together. I gave him a lift. There was something strange about him. He was unhungover. He talked sense. We […]
Categories

The right way to Squirt During Sex 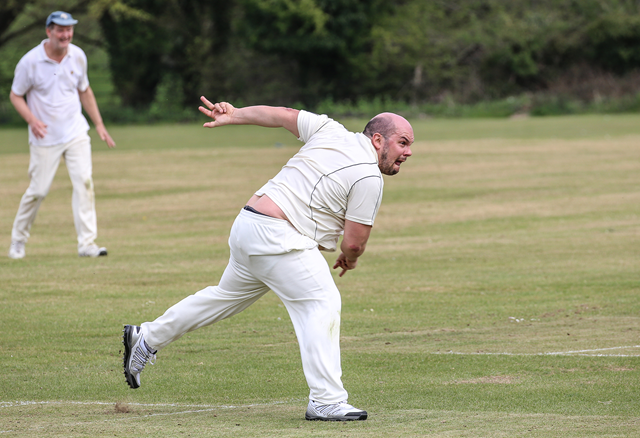 Chris M-T did everything in this 35-over game. He raised the team, captained, catered. And he did everything with his customary tact and aplomb. You don’t get histrionics from a top PR man. And, said Christiaan, ‘he captained very astutely.’ A bowling change was key.  No man is a hero to his valet but that is the valet’s fault. Mrs. M-T may not appreciate the jewel she lives with, the beauty of his bowling and run-up, his roast pork, his massive hook.  The track was green but the ground was still brown. Around 12.30 it pissed down but stopped and then was dry. Batting was easier in the afternoon but we batted first, opening with young Leo Nieboer (nephew of the more famous Lachlan) and an old Jags mate of Chris M-T’s, a super batsman, Nick Scott-Dalgliesh. The bowling was good(ish) but the batsmen were soon 50 for no wicket, […]
Categories

The world of online dating sites comes a long way. News, improved tools, as well as the advent of AJE will transform the way in which people https://wendyyehmft.com/online-dating-is-fun/ meet. Knowing a potential partner will be a even more personalized, interactive experience. In 2023, it will be easier than in the past to meet and talk to a potential partner. Seeing applications uses artificial intellect (AI) to provide customised reactions and to recognize fake dating profiles. The latest going out with apps will be investing in words capabilities and video discussion features. Even more singles are turning to technology to lower the tension of internet dating. A study by Lovehoney found that 40% of singles used sex toys more frequently during the outbreak. This shows the elevating awareness of self-pleasuring options. Additionally, it shows that people have an improved understanding of toxic masculinity. Three out of four males said there is […] 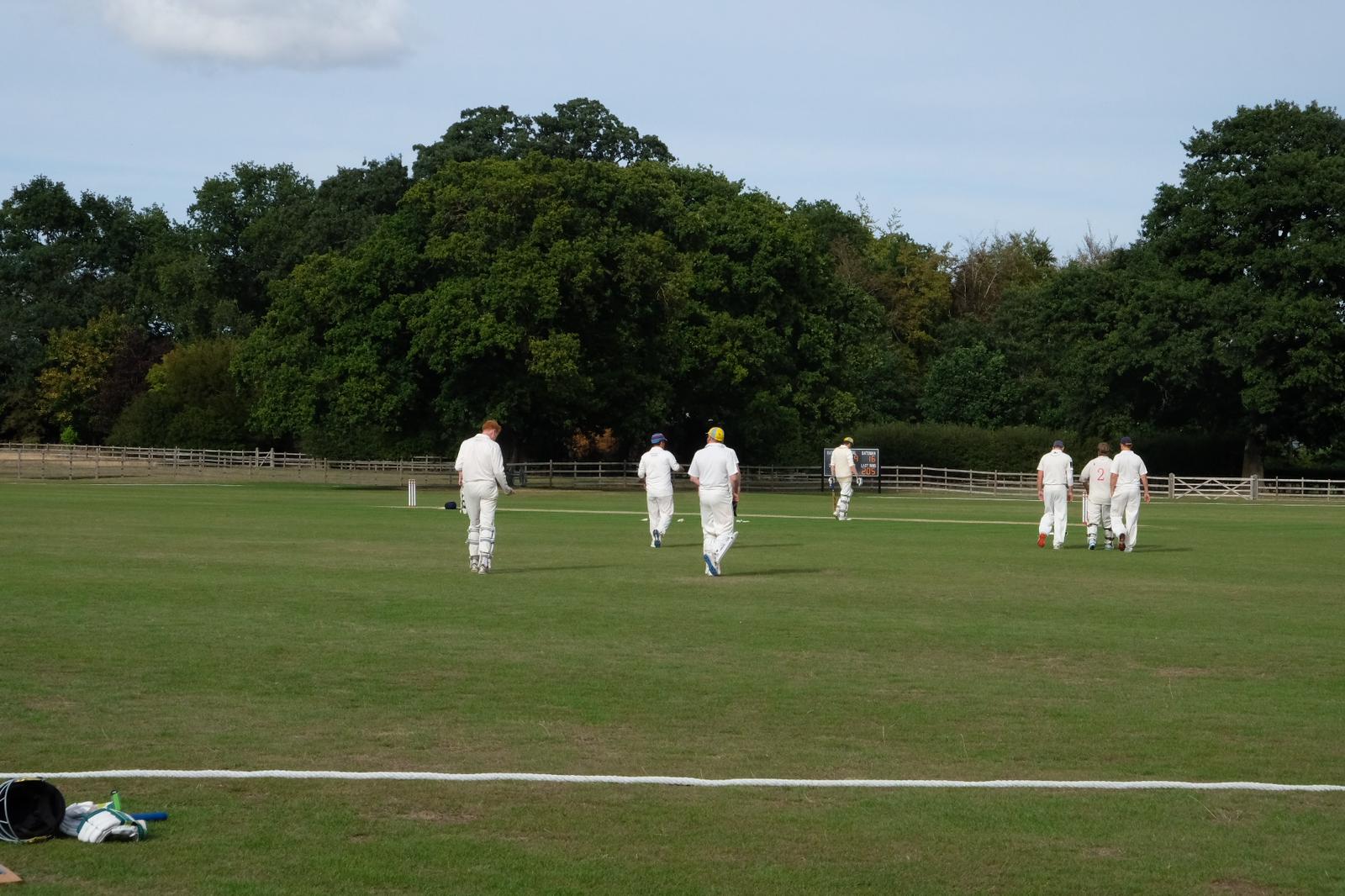 V&A v HOWITZERS, and MARK BRAID X1 SAT. AUG. 27 and SUN. AUG. 28 CONINGTON, CAMBS. A double header with a team much like ourselves, but rather more virile I thought, more manly, more Adam Knight than Adam Jacot. They had a rotund bloke who played league cricket (very strong in these parts) and smacked a half-century with ease, and then bowled without wheezing despite carrying the evidence of the good life. Very nice people, very chivalrous and if they kept up a barrage of banter in the field it was directed at their own incompetents rather than ours. Our incompetents were in evidence.  The ground is lovely, the pinnacles of Conington’s magnificent church soar above the trees. Mark Braid, our host and a wine chum of Tom Bird, bought the Georgian manor house a few years ago and runs the Howitzers (originally a pub quiz team) who play on […] 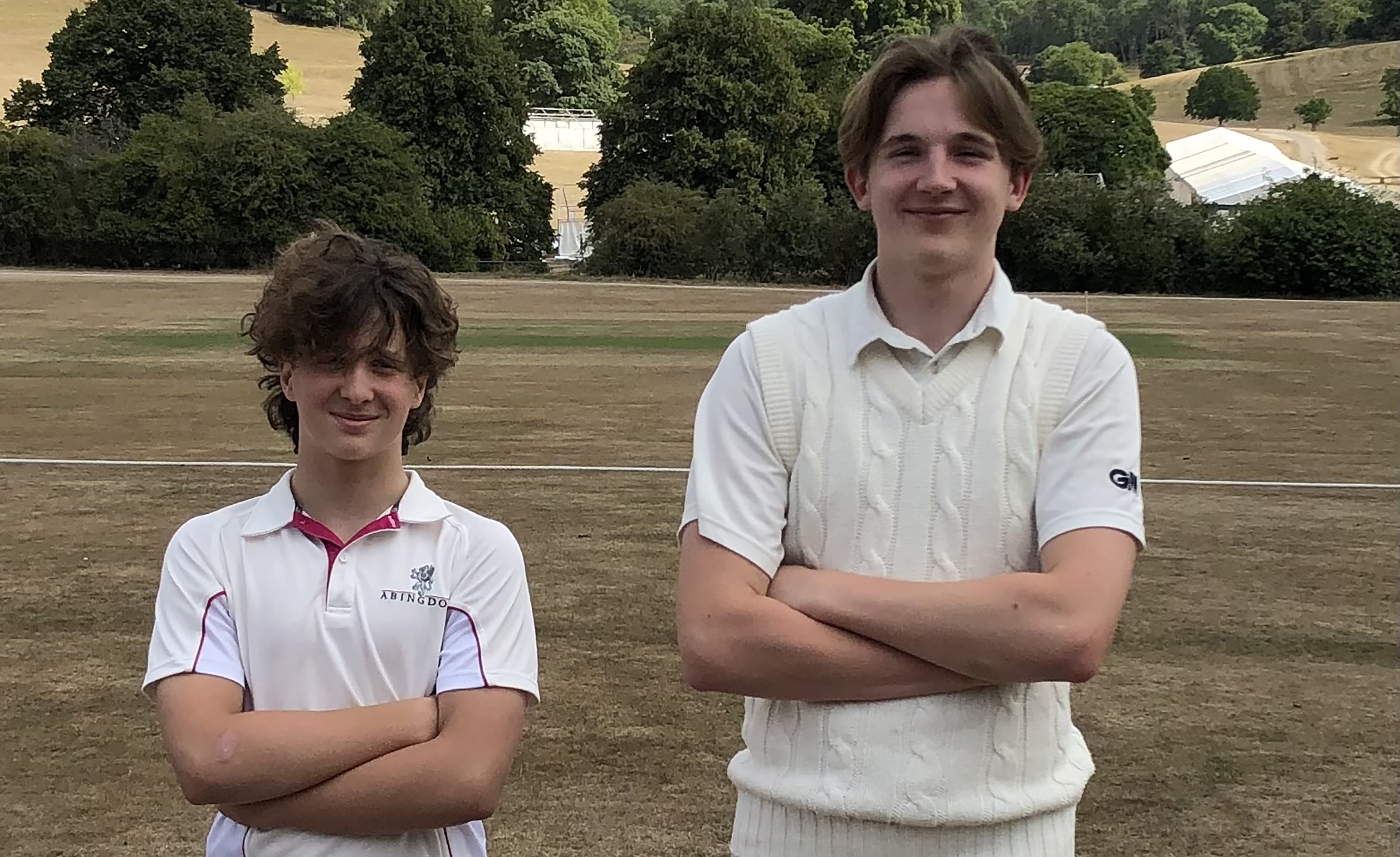 We’ve been playing at Stonor for about 35 years, and playing the village almost as long. Our hosts deserve respect. At the annual Stonor quiz in the pavilion, I always suggest it would be less bumptious if the V&A came second; but clever dicks like Jonkers and Vin ignore diplomacy and keep getting the answers right. When we had the brilliant all-rounder Vib Fonseka, the V&A would thrash Stonor at cricket which was embarrassing. But his absence on Her Majesty’s pleasure evened things up. Vib was an unfair advantage; Lachlan is a fair one. He appeared in natty Spanish conquistador beard (c.1620) and sports convertible (c.2010) around 2.30, just in time to come in at No 4 and start smiting quick runs.  The ground was brown, the park was brown, the pitch was bare; balls leapt alarmingly. Adam was skip (in a declaration game) and elected to bat, much to […]
Load more