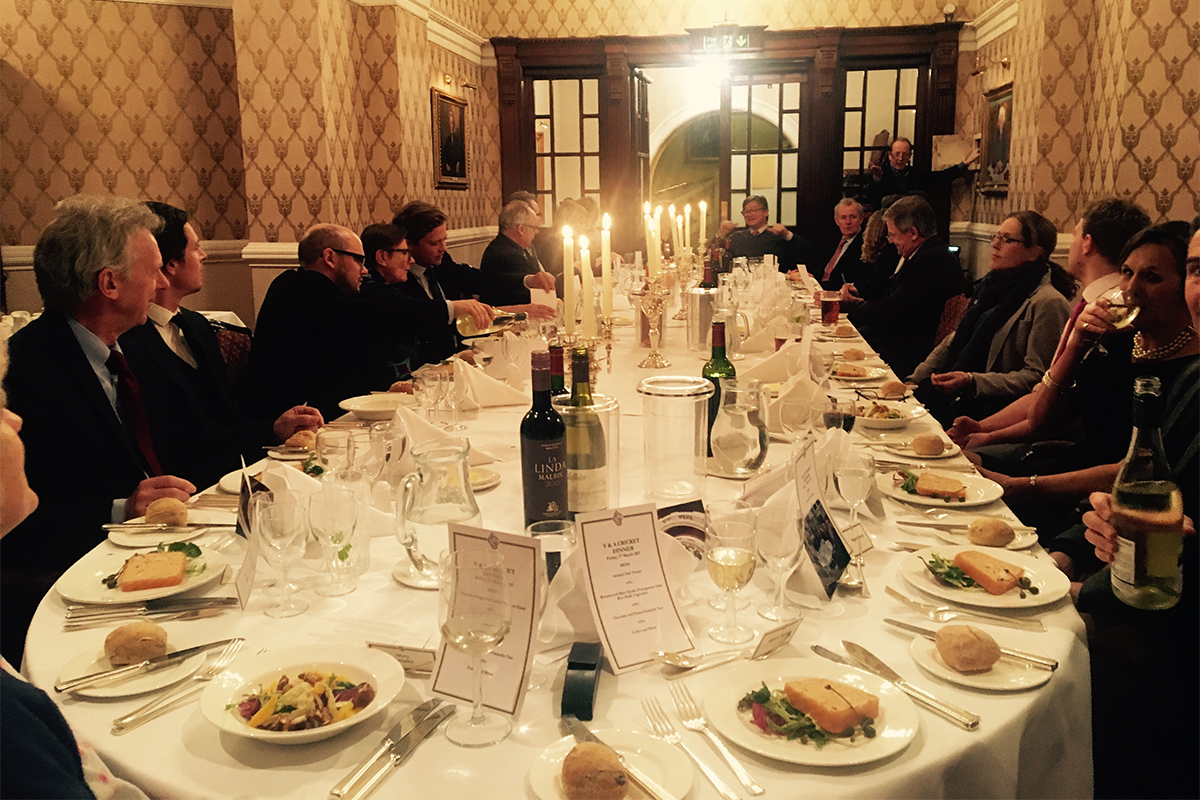 On Friday March 3, at the illustrious NATIONAL LIBERAL CLUB, we held our annual AGM and dinner. RUPERT MORRIS, our Treasurer, read a nice piece about ‘occasional cricketers’ – from an old Times fourth leader. ANDY FRASER CMG auctioned off some vintage V&A cricket gear, and a couple of signed V&A Fixture Lists (by GARRY SOBERS – £50 – and MIKE GATTING – £5). The awards ceremony was conducted by NICK PRITCHARD-GORDON, who compiled the stats with the help of CHRIS MOUNSEY-THEAR. In the old days Nicky Bird used to compile the stats from the top of his head, having lost the score book, and they bore little relation to what took place at Stonor. It was rumoured that you only received an award if you a) turned up at the dinner b) provided him with whisky, and your wife. NICK P-G is incorruptible. The only bribe he accepted was […]