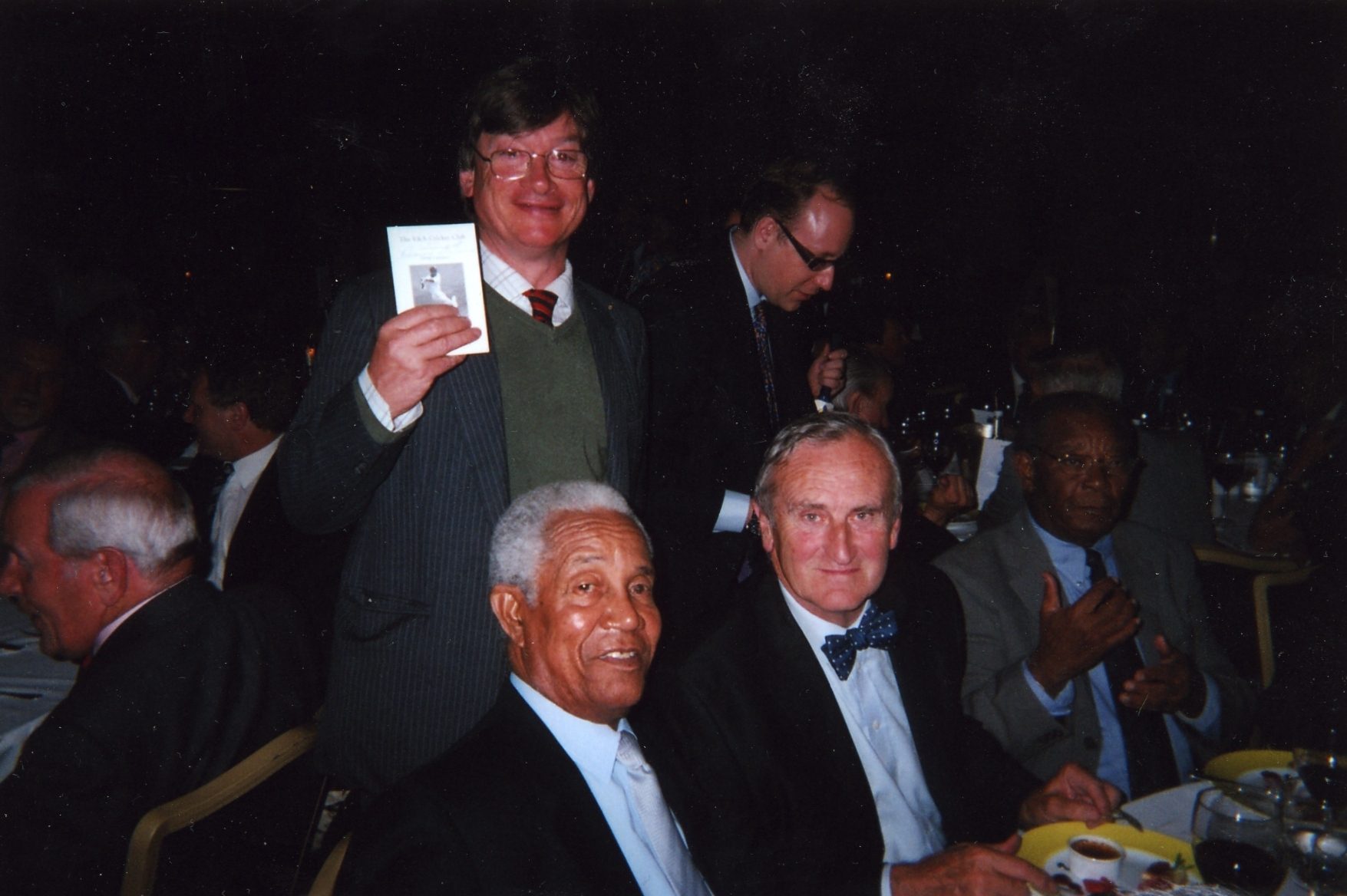 V&A PLAYERS: A. JACOT, J. TETLOW, A. JONES, C. MOUNSEY-THEAR, C. JONKERS [SKIP], R. TAYLOR, OWEN GRUNDY, OTTO GRUNDY, V. GRANTHAM Nicky was away at the Duxford Air Show, commemorating the Battle of Britain, so we had no 12th man, or tea lady. In fact, we only had nine players, and significantly less when you take fundamentals like cricketing ability into account. The opposition were the Refreshers CC. They are a team of barristers (and some paralegals, as it transpired). “Paralegal” sounds exciting, but it is not. Court sitting hours in England and Wales are civilised: a 10:30 start, one hour for lunch, and a 4:30 finish. The Refreshers were keen to emulate that schedule on Saturday, arriving promptly, whereas the V&A are a ramshackle bunch of booksellers, potters and drunks. Not quorate at midday, we agreed to bat first. Dr Grantham and Tetlow obliged, trudging to the middle and scoring at a turgid three […]

I am a great fan of Henry Turpie. Although he has never captained the V&A before he is clearly an experienced skipper, and doesn’t flap or lose focus or get upset by some arse talking bollocks behind the wicket like Emley or me. Actually, neither of us were playing, my athleticism wasn’t needed as we were quorate and Emley sent a text at 11.30 a.m. to say he’d been herded by diversions into the car park at Heathrow’s Term. 3 and so – ‘fuck it, am fucking off to fucking Wiltshire’. You can always tell a Cambridge man by his command of English. Perhaps Emley picked up his patois doing porridge.  Jonkers learnt more useful things like picking locks. Turpie had none of my advantages of birth. He went to a grim boarding school in Dorset, with Baz and Jago, but he remained uncorrupted. They had girls at Bryanston […] 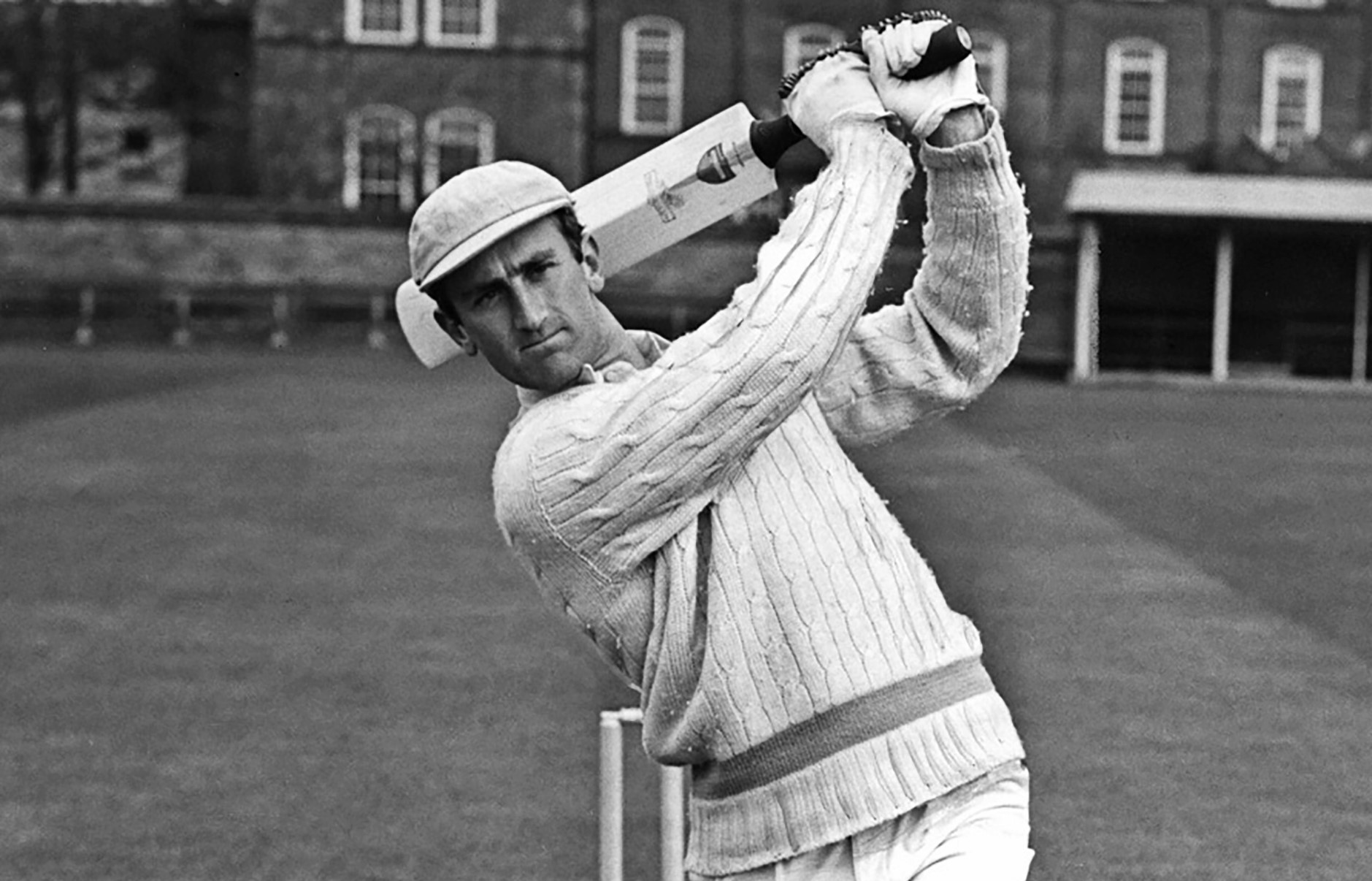 Stonor CC are much like ourselves, a mixture of chaps who’ve seen better days, and yoof – in their case the Lovelands and a 12-year-old (Blumfield) who is going to be a super bowler but got whacked rather tactlessly by Jago and Vin. I was umpiring and if the ball had hit their left ear I would have given an instant LBW to punish their rudeness. We batted first in a timed game, that offered a draw as a possible third result. Vin and Jago opened and faced an awkward pitch where balls popped and shot. Phil Goodliffe says wormcasts might be to blame, or rolling them. He can explain more fully. Jago was majestic, his first 5 scoring shots were fours, his next was an errant single and then a six; and then he was adjudged LBW by umpire Jonkers. As always with the Chelsea Potter […]

[Virile young V&A cricketers and Christiaan Jonkers enjoying the rain at Lord’s last Thursday.]     ‘Nothing matters very much and few things matter at all.’ This wise comment by Prime Minister Arthur Balfour is the antidote to that Scots obsessive Bill Shankly and his nonsense about football – ‘Some people believe football is a matter of life and death. It’s much more important than that.’ Shanks also said: ‘Of course I didn’t take my wife to see Rochdale as an anniversary present. It was Rochdale reserves.’ I don’t think he was joking. Anyway, the point about quoting Balfour is that he got it right, but that he should have added that one thing is important and that is ‘walking’ at cricket. Martin Bowden told a story of how an Aussie he was playing with seemed to snick a ball to the keeper, it was audible from the pavilion, but […]

V&A PLAYERS: J. Tetlow (c), C. Jonkers, L. Nieboer, A. Jacot, A. Knight, C. Mounsey-Thear, C. Hunt, M. Wright, N. Emley, P. Goodliffe, N. Bird The Thebertons are run by Tim Young QC, and named after a street in his native Islington. As he said during my luncheon peroration we have been playing each other for over 35 years or so. He was about Charlie Hunt’s age, once, but mature; you could tell he was a lawyer ‘cos he said things like ‘be that as it may’ and ‘I put it to you with respect’ but he was always modest about his cricket, with good reason. Anyway, the ‘Thebs’ are a diverse lot nowadays. Yes, they are replete with barristers, but they have some solicitors too. Though they seem to be pretty white and gender-specific unlike ourselves with that actor chappie with dyed hair (who claims it was for a […]

We were blessed; blessed with glorious weather, blessed with a fabulous opposition and blessed with the return of CMT aka “Penfold”. Ernest Penfold (voiced by Terry Scott) is a timid, bespectacled hamster, and Danger Mouse’s reluctant assistant and sidekick. He is often mistaken for a mole; however, Brian Cosgrove has stated Penfold is supposed to be a hamster.             A hamster! Who knew? I always thought he was a mole, but it makes sense ….. the cheeks, the lack of digging. A 35 over game was agreed, the weather was set fair, and the pitch was very un-Stonor like; baked hard with the ball actually coming through fast but still an unpredictable bounce, some rearing up from a length and others shooting through ankle high. The seamers were licking their lips. Captain Constantine won the toss and, taking the advice of W G, he thought about it and then chose to bat. […]

11:30 AM start, for a 12:35 PM start… Saturday’s fixture was blown out by soccer which meant mass availability for our Sunday scrap with A Few Good Men. Anyway, “It’s gone to Rome, it’s gone to Rome, it’s gone to, football’s gone to Rome”. By midday, the fabled “11:30am start” was a dead duck as neither team had enough players to offer as sub-fielders to get the affair running, we had no skippers on the ground and no vice-captains stepped up. Why? Stonor valley North and southbound was clagged with columns of petrol heads queuing to spaff over some Super Cars with knacked exhaust silencers in the Stonor Park Municipal Car Park. ‘Penis extensions’, ejaculated Nicky Bird. Now, if my shagged-out biohazard Kangoo van is a penis extension, then I’m afflicted with Gonorrhoea, Chlamydia and other girl’s names that have fallen from fashion. “Transubstantiation. Let’s discuss?” blurted Bird, trying again […]
Load more