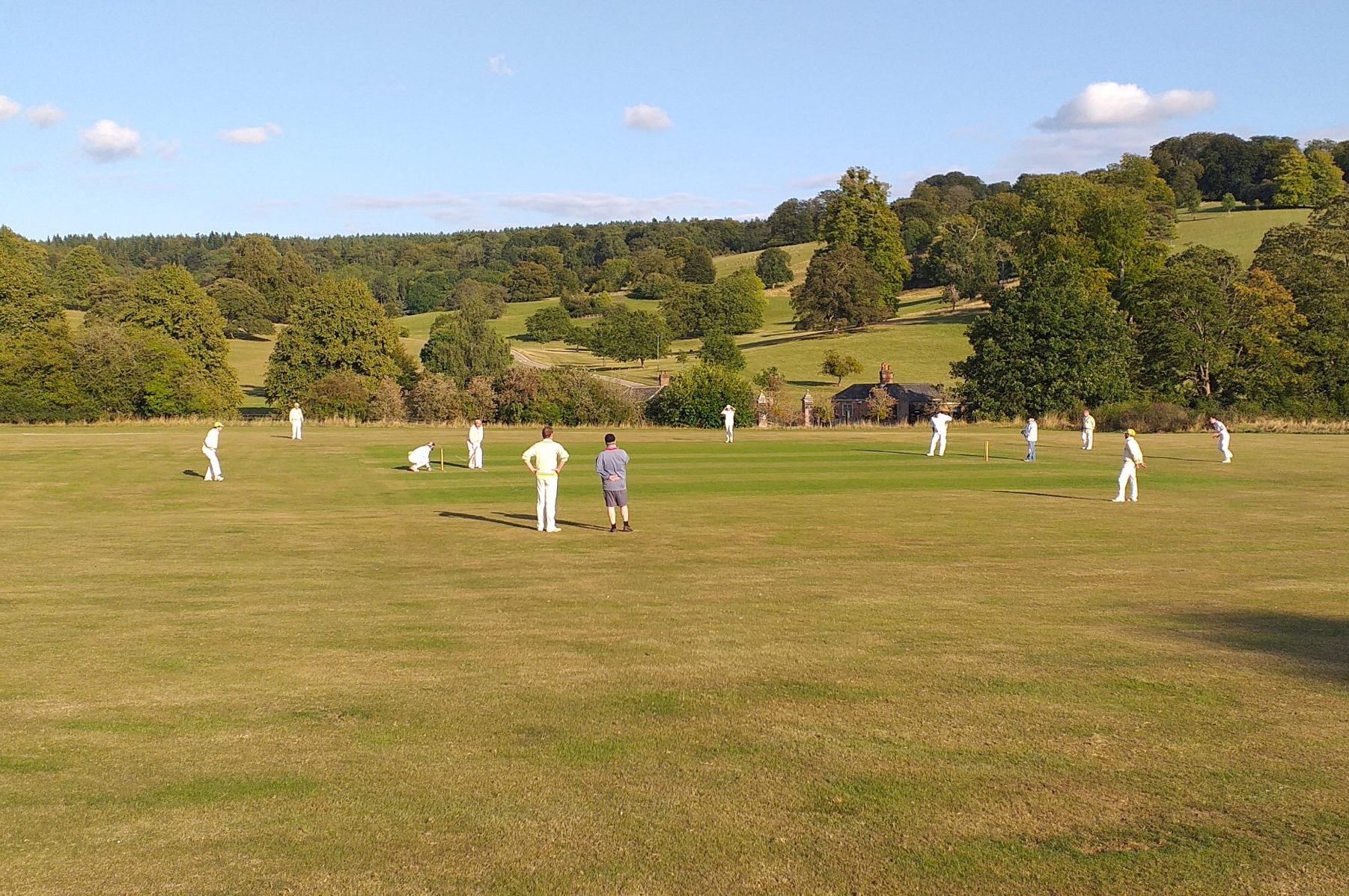 Saturday, 7th September saw the residents of the quiet village of Stonor awake earlier than normal to the noise of a 1950’s Stother and Pitt Roller. P Goodliffe had arrived at the break of dawn and sat astride the machine with the sole purpose of ensuring the wicket was the flattest this side of Chennai 2016. This was greatly appreciated, although a few of the V&A stalwarts had to quickly rethink their standard “that one kept low” reasoning while walking back to the pavilion with looks of disbelief on their faces. Cups of tea finished, boundaries placed, and the majority of the V&A arrived, discussions moved on to the opposition. While a lovely bunch of chaps, the Times team of last year weren’t the strongest among the wandering troupes on the V&A fixture list. This allowed captain L. Nieboer, pencil in hand, the freedom to move around the batting line […]
Categories

JACK MUNRO WAS Man of the Match, with a commanding 51 and some fine bowling. All the more admirable for his palpable lack of match fitness. That the game was played at all was due to Sarah Jenkins’ dogged work on the telephone to get a quorum. In the event we played nine a side, with subs in the field (we gave them Adam, a sort of Trojan Horse). The V&A batted first. Openers Jack and Adam Jacot de Boinod (proper, respectful title) scored at 7 an over and reached 80 odd before Monsieur Jacot de Boinod was out, merde alors. The run rate was admirable because their opening bowler, young Jamie Cobb (son of the combative Patrick) bowled serious stuff. Others were not so fearsome and Rob Noble, their captain, was rather expensive, his two overs were perhaps two too many. It was nostalgic seeing Richard Cowley behind the […]