Well the good news is that no one is talking about vectors of disease (or VD, for that matter) this year… sleaze now seems to en vogue: a globular, slimy residue that resides solely within the corridors of power. They’re all far too interested in whether Dominic Cummings will train his beady little eyes on them to worry about a harmless bit of stick and ball. We are much relieved.

The Bushmen (or BBC Bushmen CC to give them their full title) are an old and dear foe to the V&A. We’ve had many a good tussle with them over the years and Saturday’s fixture was another terrific outing. Who doesn’t love a low scoring affair, punctuated by various fly-bys? As we limbered up to take the field, The V&A batting first in this instance, two Apache gunships came thundering up the Stonor Valley a mere 100ft above the wicket. The pilots were obviously cricketers. Someone suggested that it must’ve been awful to be in the Taliban, at which point Nick P-G removed the headgear he has sported until recently.

Poynter and Grantham took to the wicket. Poynter hit several lusty blows and we all settled in to watch another blistering innings from the People’s Potter. Normal service had resumed. Then he slapped one to a fielder. NPG was in and out: ‘Watch the inswinger’ he told me as he trudged off. I ignored him and was promptly bowled shortly after. 28-3 in the 10th over and things were not looking good. Vin Grantham, statuesque and unflappable as ever (unlike Doc Martin, whom at least two of the days XI compared him to) offered stalwart resistance. When he fell Marsh entered the fray. A formidable stroke-player when in form, he and Tetlow occupied the crease with a mixture of frustrated perseverance and genuine timing. Marsh’s half century made it a game.

Lunch remains a socially distanced affair. After last years ‘packed lunches’ seemingly grew more and more elaborate (samphire, caviar, truffle etc.) as the weeks went by it was good to see our leader, Nicky Bird, retaining his ‘salt of the earth’ gravitas by eating a family-sized pork pie with the same élan that the V&A youth policy attack their Friday night kebabs: sod the cutlery. I fed Jonkers. Lachlan Nieboer once offered his chapeau to Christiaan for coming off the better for the arrangement, but I disagree. Jonkers has a terrific cellar and, as yet, hasn’t persuaded any of his offspring to take much of an interest in it. Their loss is my gain. Especially when someone else drives.

Speaking of terrific cellars… Radio Bird offered a lunchtime segment on Les Grand Marques of Champagne and their collaboration with the Germans during WWII. There is a rather badly written book called ‘Wine & War’ that some of us have read and in it there are claims that several of the houses were secretly prominent members of the La Résistance.* Turns out it’s all bollocks. They acquiesced to the whims of the Third Reich just like everyone else. I, for one, don’t blame them.

When Marsh and Tetlow were out we capitulated. Tom Bird, Taylor, Jonkers and Jacot were out for not very much and we finished on 141 with a solitary ball remaining. The wind had picked up and there was a chill in the air despite the sunshine doing damage to the pale and wan skin of several V&A fielders. Horan opened the bowling and was both sharp and accurate. Marsh was the same. The Bushmen offered an array of shots that seemed to favour the corridor between point and slip. It’s a scythe, really, and it’s very effective at Stonor. The men of the V&A ought to take note.

Robbie Taylor was introduced and dried up the runs entirely, adding pressure when he dismissed the top three in quick time. The ball refused to turn; he bamboozled the opposition with pace and flight instead. His arm ball is something to be reckoned with. Jonkers was accurate and took two wickets for very few runs (and, as he will happily tell you, those that he did concede mostly came off the edge). I was miserly, but wicketless, from my overs.

However, the star of the show and this commentators Man of the Match was Adam Jacot. His four overs included 18 dot balls, 6 runs and two wickets. He knocked the stuffing out of the opposition when things were firmly in the balance. Stonor is a beautiful place when Adam bowls. As a statesman of the V&A, there is total silence whilst he prepares himself to deliver the ball. NPG calls it ‘Zen’. I call it ethereal: the kites circle, Nicky Bird’s chuckle brays out across the field from a hundred yards away, the crack of a whip and a pony and trap click by… (OK, maybe not the last bit, too Thomas Hardy). You get the point. Atlas shrugged.

The Bushmen were all out for 107, the V&A victorious by 34 runs. The Golden Ball refused to open for us, despite Christiaan’s protestations. It’s still a bit chilly for a beer garden after sunset anyway. We face Tom Pritchard-Gordon’s aptly named ‘Silk Boudoir’ this coming weekend. Stay tuned for reports of derring-do (above board, I assure you) and The Sons Grantham trying to take their Old Man’s head off with some sharp bouncers.

* ‘Wine & War‘ is, I suspect, billed as a piece of ‘Creative Non-Fiction’ by its author and publisher. As the literary types among you will know, this covers all manner of sins. What it does not cover is the blushes that our Dear Leader, Nicky Bird, suffered at one of the big Houses when he made a speech on a battlefield tour. Upon congratulating them for their stalwart resistance to German occupation (in French, no less) he resumed his seat and was promptly asked by the man of the house “What the f&*k did you say that for?! We gave them everything!”

Alas, History is at the mercy of the victor. 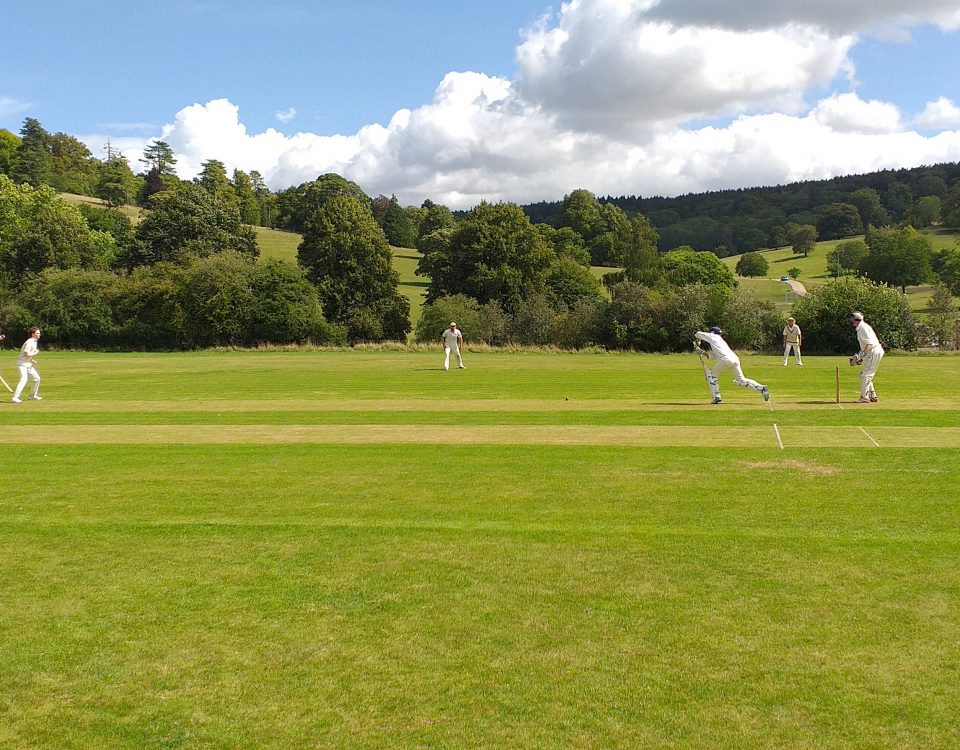