Ernest Penfold (voiced by Terry Scott) is a timid, bespectacled hamster, and Danger Mouse’s reluctant assistant and sidekick. He is often mistaken for a mole; however, Brian Cosgrove has stated Penfold is supposed to be a hamster.

A hamster! Who knew? I always thought he was a mole, but it makes sense ….. the cheeks, the lack of digging.

A 35 over game was agreed, the weather was set fair, and the pitch was very un-Stonor like; baked hard with the ball actually coming through fast but still an unpredictable bounce, some rearing up from a length and others shooting through ankle high. The seamers were licking their lips. Captain Constantine won the toss and, taking the advice of W G, he thought about it and then chose to bat. The opening pair of Grantham (V) and Jonkers were subject to some unkind comparisons (Milburn and Cowdrey were mentioned although personally I was flattered by Hobbs and Sutcliffe) and one even dared to question our favourite second hand book seller’s fitness to open the batting! The critics were soon silenced. The pair got off to a brisk start and I was swiftly disabused of any notion that there might be “fist pumping” after a boundary was scored. Twenty-four from four overs before I was undone by a lifting delivery that took the edge through to the keeper. Jonkers however batted on, and on, and into the 33rd over! Anchoring our innings, oozing the quality of a pristine first edition, until he eventually fell for 45. He was cream crackered. Christiaan, in sotto voce, confessed to me “you know, I always thought batsmen had it easy but that was quite hard work”. Captain ‘Tino came in at three and hit 38 off 23 deliveries before holing out a full toss to cow corner – plus ca change. Tom Pearson-Jones looked correct but struggled with timing and fell in the last over before lunch, leaving poor Charlie Behan with an extremely uncomfortable 4 balls to negotiate. Lunch 127-3 off 24.

The catering was, as ever, of the highest quality but this luncheon was lifted to an exalted level by the array of fine wines supplied by “The Wine Trade”. Bottles and bottles of them. It soon became apparent this was not just a fixture, but a tasting and sales opportunity. I am an unrepentant wine philistine but even I could discern we were being treated. A red sancerre, who knew? I am told by Martin that they export all the white sancerre to the UK and keep the red to be drunk by the posh cognoscenti in Paris. Even to my uncultured palate the Prophets Rock Infusion pinot noir was very special. Yes, the Wine Trade can come to Stonor anytime.

The atmosphere seemed a little more mellow after lunch. Constantine, now umpiring, using Theo as his Rosé bitch to run out and keep his glass replenished. Things would soon warm up. The fall of Behan brought Penfold scurrying from the pavilion eager, whiskers twitching, the instruction from Radio Bird to “score a quick thirty” ringing in his furry ears. Obliging as ever he did just that. As though he had never been away, in some style Punching Penfold blasted 32 from 21. The youthful running and enthusiasm of Bird, Tetlow and Theo Grantham finally took the V&A to a commendable and surely defendable total of 201.

Captain ‘Tino opened with Theo G and Joe T and, although there was not a drop of rain, deployed an “umbrella”; at one stage in the afternoon the V&A actually had four slips in position. Theo shaped some beautiful away swing whilst Joe banged it into the hard pitch with youthful aggression. Fortune favoured the ginger fire with three wickets but sadly Theo remained luckless. The umbrella was not just a vain gesture as Constantine himself snapped up a brisk chance at second slip. Bowling changes saw the ever-constant Jacot tie up one end whilst on came CMT down the hill. A ball of whirling paws and fur bustling  up to the wicket; a magnificent sight to behold and bang on the money. The “Hamster-King-of-Swing” was back. His five over spell, including a double wicket maiden, for just eleven runs put the V&A firmly in control.

Charlie Behan had a hot date to get to and had to leave early. So it was Nicky Bird took to the field for the V&A once more. Had there been a crowd I know there would have been a standing ovation and possibly some holding their lit lighters in the air. The youth of the club were treated to a masterclass of statuesque elegance whilst fielding. Stobart had come out to the crease at number seven and expressed his gratitude as Penfold was taken off. Captain ‘Tino switched to spin, himself and the RAMC’s finest, Tom P-J. This seemed to suit Stobart and he soon warmed to his task. The scoring rate accelerated alarmingly, and victory for the Wino’s was very much back on. A change of plan was needed so back came Theo G. and Penfold to finish off. The flow of runs was stemmed, 171-6 with just 3 overs remaining and surely the game was in bag. Tetlow and Jacot still had more overs to bowl, job done? Not exactly…

‘Tino the gambler could still sense some more mileage in this game, he rolled the dice once more, and turned back to spin from both ends. The field spread, the tension and temperature rose once more. The invitation was there, could Stobart accept? The Wine Trade had to take some risks and the ball was flying to all parts. Our heroic hamster was now throwing himself around in the field to great effect and rapturous applause, however it was a sharp piece of fielding by Tom P-J to run out Stobart, for an impressive 68, that effectively sealed the game. The required run rate rose and wickets fell, ultimately the Wine Trade’s last man fell, 12 runs short, off the last ball.

Now, in the excitement, tension and drama of the last three overs I am afraid I have to report some naughtiness. Our skipper bowled a ball that allegedly turned prodigiously and, with any run at a premium, was called wide. Rather than turning back to his mark he proceeded to lecture the umpire on the rules concerning wide deliveries. This was a great shame, especially considering that earlier in the afternoon he had so skilfully defused an irate Goodliffe incensed that the batsman had taken a second run after impeding the Octopus from gathering the return. There was a real danger that, like the inflatable pupil at the inflatable school caught with a knife by the inflatable headmaster, he was going to let himself, the headmaster and the whole school down. Happily, calm and sense resumed control. No one seemed too bothered, they were probably more interested in having another pop at the wines chilling in the fridge.

The afternoon ended in good humour and Nick is to be commended on masterminding a close, exciting and yet still successful finish. Welcome back CMT, what a great comeback, certainly my man of the match.

The call went up from the Wine Trade “no one leaves until all the wine is drunk”, I’m not sure we managed it. We adjourned to the Golden Testicle, but it was a meagre showing with only one of the opposition joining us. Perhaps no one was thirsty anymore? 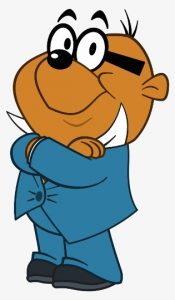