What a business this fixture was! The NOMADS, who we were due to play, cancelled on Friday owing to the Lord’s Test, and doubts about the weather (wrong on that count). Phil and I spent the day looking for an opposition, fruitlessly. The South London teams wanting a game all thought Stonor Injun country, fearsomely rural, and declined to travel. So we cancelled on Friday night. But then at 10.15 on Saturday morning a bloke from a Kingston (Surrey, not Jamaica) team rang to say his lot had just been let down and they could make it to Stonor by 1.30. Nine of them made it. Actually, they made it to Lord Camoys’ big house, late, because I gave them the wrong postcode, but they were charmingly gracious throughout the day. And as talkative on the field as us. Nigel Allsop did a sterling job in rushing to the ground to mark up.

We lost Adam Jacot and Marc Terblanche who had found other things to do – Marc was going to the seaside with his mother-in-law (‘I know what I’d rather be doing’ he muttered sotto voce) and Adam was getting his head round being in bed. Adam Knight rose to the occasion and brought his charming family, including little Islay who is named after a distillery. Jago’s girlfriend is named after Kiri Te Kanawa and is as beautiful, but knows a lot more about cricket than the soprano, like what stumps are (but ‘bails’ defeated her).

We were 9 a side and played a 30 over game. The sun shone. They won the toss and batted. They had in Sam an excellent batsman and although we were quickly into the wickets – with Adam Knight hitting the stumps twice – Sam stroked the ball beautifully, ably supported by a 14-year old boy. When he was out Dennis, who skippered with tact and tolerated no cheeking of umpires, put on some rubbish bowlers to give us a proper target. But blimey, Vin and Ross, who were supposed to leak runs actually got two wickets. Each. Vin is my sort of doctor – if he asked you how much you drank and smoked and weighed you could say ‘not as much as you matey.’ But this ebullient spin doctor turned it massively and would have got 3 wickets but for his boy Ed spilling a catch at deep mid-wicket. Someone said Vin should stop his pocket money but Ed is independently wealthy, and smokes his own. Later, off Ross, Ed made amends by a spectacular catch (he palmed another later) in the deep in which he pretended to fumble it three times, just to amuse us. Ross and Jago both caught good catches – they are impeccable fielders. Jago’s arm is a thing of beauty. The rest of him isn’t bad. Dennis, appropriately, also got two wickets, confirming his status as greatest V&A all-rounder. A statue will be erected but local ordinances say it must be biodegradable so it may not last.

Because of the numbers problem I was forced to field and was a useless distraction, apparently, and was politely told by the skip to shut the fuck up. Lachlan was removed from my vicinity to stop the intrusive chatter about Strauss and smut. I was left with Phil to talk at. He appeared to turn his hearing aid off.

As so often happens when you give an oppo runs they had a last wicket stand that made our target iffy to reach – 138. Tea was majestic – thanks to the Ashcrofts who did a mercy dash to ensure fresh scones were presented. Nick P-G, the humble Reading rat-catcher who never forgets he is a public servant paid by us, turned up in his white van with presumably the stuff of his trade within – traps, snares, poison. Cath, his missus is abroad at the moment. She wrote home on a postcard that sex is always better on holiday which must have hurt him but how do you think it made ME feel…

We discussed the perversity of popular taste in art. How Jack Vetriano’s trash is top of the pops. I have tried to get the rights (for playing cards) to Basquait. He ticks all the boxes – black, druggy, queer, street art, New York, dead. Dennis ticks practically none of these boxes. Being dead is a good career move for an artist, but it is a bit of a last resort.

Incidentally, the use of the term ‘queer’ is fine. And let me explain racism. If I call Neil Kinnock a Welsh windbag, that is unacceptable. If I say he is Welsh (true) AND a windbag (also true) that is fine. However, if I call Jonkers, the second-hand book dealer, a ‘grumpy Dutchman’ no jury would convict.

We opened the batting with Nieboer and Poynter. Both were in imperious form, Lachlan smiting the loose one (of which there were a few) and Jago stroking even goodish balls straight and through the covers. They reached 60 I think before Jago (39) was caught behind, Ross, the umpire, raising his finger à la Billy Bowden, ever so slowly and dramatically. Enter me, Bird N. I have to admit I cannot see much through my varifocals and cannot move much either. Footwork fucked. So even getting a couple of fours and a few singles (anyone else would have run three) for a meagre 14 is a minor boost. Lachlan ran himself out on 48 to give Dennis a bat, which he did very nicely indeed. Although his footwork lacks the balleticism of old.

In the end he and Adam Knight edged towards their total, Adam being caught (7) just before Dennis (20*), fittingly, smote the winning boundary to the road. We’d had a lovely afternoon which would otherwise have been spent mending things and being nagged. The drinks in the Golden Ball were convivial and Tom P-G turned up too. Everyone was pleased that efforts had been made to get a game.

Last weekend Constantine’s girlfriend Olivia spent both days watching him bat (on Sunday it was not for long) – even her loyalty was strained by the ennui. Estelle de Caires never falters in her dedication to her hubby’s cricket; but he returns to Barbados and his paintbox this week. They live in some style, two houses, probably staff and a beach hut too. In London they take an age to answer the phone as it is in ‘another wing’. Emley threatens to hang up his bat. Let us hope that Dennis, that man of integrity, soldiers on next year, and doesn’t do a Basquait and turn to graffiti, dreadlocks, men – or worse to further his career. But I made him promise me his collection of Dinky Toys (in original boxes) just in case. 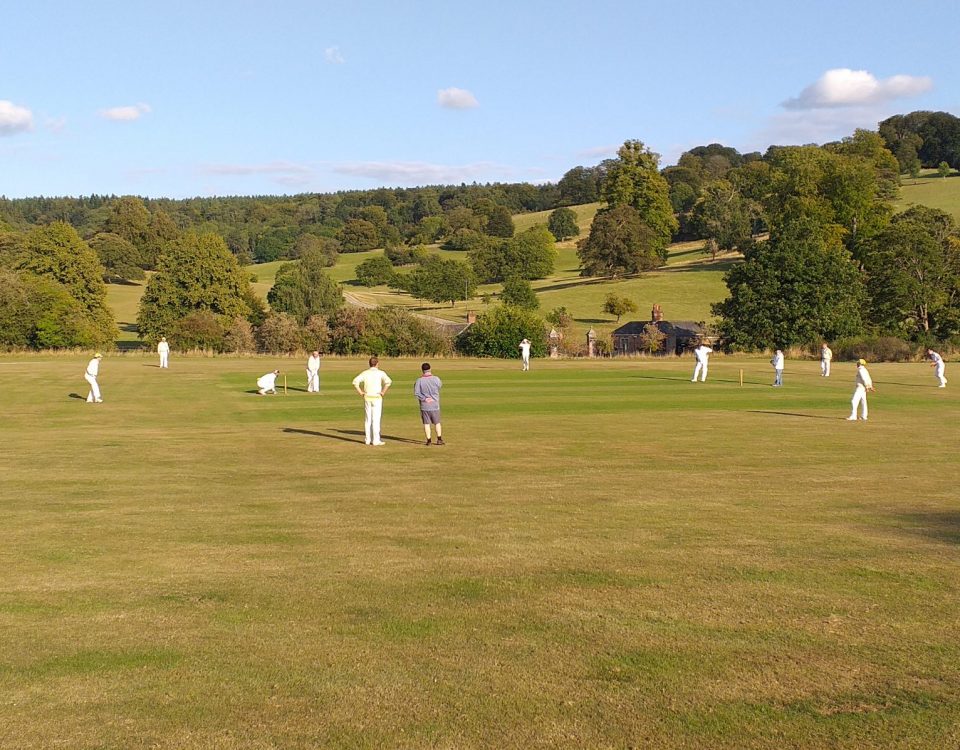 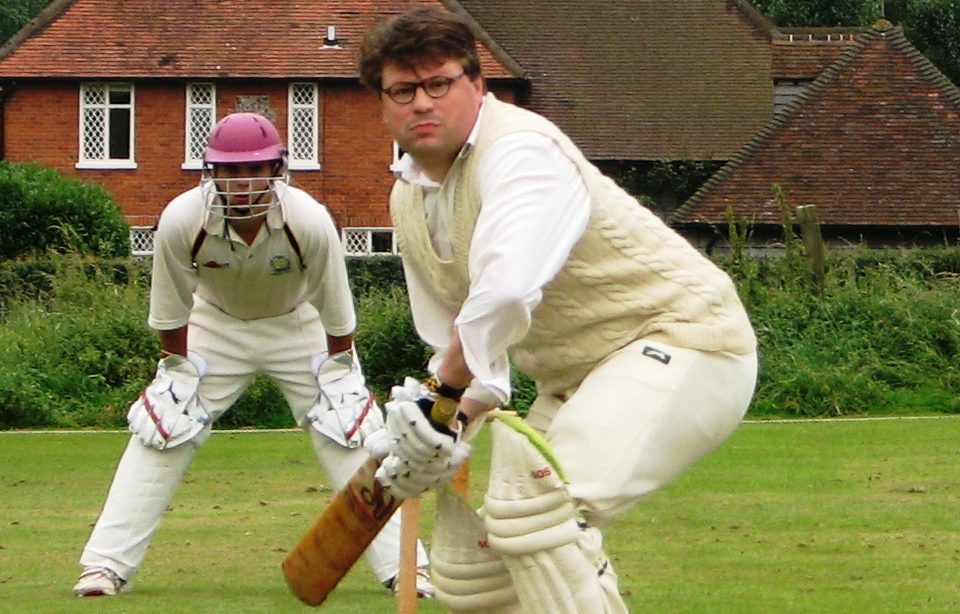