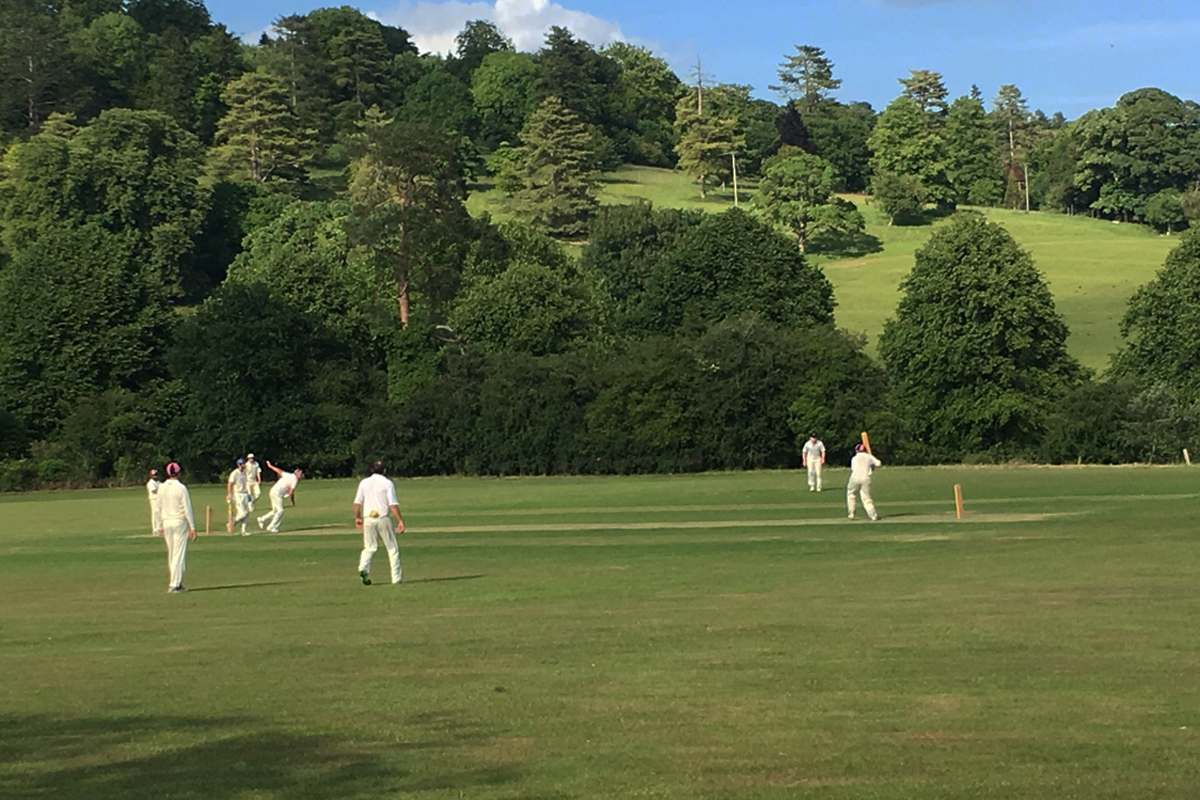 Looking back at old match reports, I noticed that the Jesmond Jaguars were, until 2008 or so, known as the Jesmond Joggers.  I don’t know if they felt that changing their name would make the team sound more butch or menacing, or whether the team, made up of Newcastle University graduates, feared that as middle age spread came upon them, their original epithet might not be taken with the irony it was intended.  They are however, still young and for the most part can run and throw in a way many of the V&A faithful can barely remember.  They were however only nine in number, when eleven is expected.  Midway through the week a plot was hatched to commandeer our captain, Chris Mounsey-Thear, originally a Jaguar (or Jogger), but now most definitely a V&A man.  Their plan was foiled and instead we lent them a fielder.

CMT neither batted nor bowled, despite being our most accomplished exponent of both disciplines, but marshalled his team shrewdly both on and off the field, making for a good game.  The Jaguars had mentioned they had no bowling, which rather understated matters: to say it was tame is to describe Nicky Bird as mildly chatty.  Nicky’s primary function for the day, incidentally, was to balance the composition of the match photo (see above), though it should be said he also did some umpiring at the beginning of the game and briefly acted as substitute fielder.

Ross Ashcroft set the tone in the first over, pulling the fourth ball over midwicket for six, but thereafter played circumspectly.  At the other end Tom Ayling cut a dash on his way to 57 off approximately 37 balls before being bowled playing a wild shot.  Andy Jones lost his middle stump on the stroke of lunch, but this still left the V&A well placed at 119-2 from 19 overs.

Lunch was the usual fayre, sans pâté, which for several weeks has been the object of Nicky’s gratuitous ridicule.  An unfortunate side effect was that it was also sans brie, to which I am rather partial.  If we are required to have both or neither, then I find the opposition often eats the pâté out of politeness, failing which I can always feed it to our newly acquired cats.  Annette Jacot, recent recipient of the long-suffering V&A Spectator Award, is a great help with the preparation of lunch and tea.  She seems to have a knack of quietly doing the right thing at the right time.  I can only admire such talent from afar as when I attempt to lend a hand, I am usually told I can be most help by going as far away as possible.  She did however have cause to speak sharply to me about my suggestion in a recent match report that Adam was a duff hand at practical matters, which just goes to prove that a mother’s love is blind.

After lunch discussion turned to WWI poets.  Nicky claimed Sassoon suffered worst from the the War and that his many neuroses in civilian life could be put down to it.  I countered that that Wilfred Owen didn’t fare so well either, being tragically killed in a meaningless skirmish a week before its end.  CMT who sat in between us, was scoring and trying to arrange his batting order, so offered little to the conversation and seem to regard it as not entirely relevant to the job in hand.  On the field Ross and Vin stepped up the pace, both falling in the closing overs for 80 and 30 respectively.  There was just time for Tom Prichard-Gordon to demonstrate why he should not be batting at 6 before the V&A innings ended at 219-5 from their 35 overs.  It was a stiff total, but what the Jaguars lack in bowling they usually make up for in batting.

So it proved.  Lewis and Boon set off at a gallop, Lewis in particular playing a succession of crisp drives.  The pair had put on 87 from 15 overs before Tom P-G induced an outside edge from Lewis which was adeptly taken by Phil Goodliffe behind the stumps.  Wicket-keeping is a thankless task: if you do a good job nobody notices, but if you make mistakes you look a prat.  Goodliffe had a first rate day conceding few byes and adding two sharp stumpings to his catch.  T P-G (1-27) and Adam Jacot (3-31) were both in the middle of good spells either side of tea, as wickets began to fall and the run rate to climb; but whilst Boon remained, the Jaguars were still in with an outside chance.  Boon is a curate’s egg of a batsman: at times he looks like a walking wicket with his frequent mishits which narrowly avoid the fielders, yet year after year he gets runs against us.  Last year he got a century and won the match for his team and it was looking as if history might repeat itself when he took the arial route once too often, picking out Louis Jacot at cow corner, who took an excellent leaping catch falling just inside the rope.  With Boon went any remaining chance of a Jaguar’s victory.  Spare a thought, though, for Ziegler, whose first ball was a Rob Taylor special (a slow long hop).  He spanked it, apparently to the boundary, only to see Ross at short mid-wicket fling himself skyward and grasp the ball at full stretch with his wrong hand.

Credit must go to the Jaguars who played with spirit, making an excellent fist of chasing down the target. They weren’t afraid to give umpiring decisions against their team, an event less common than might be hoped for in recent times, and maintained a good humour to the last. Perfect opposition. They paid the match fee without a murmur, fielded in the sun without complaint, said nice things about the view and the lunch, and sent a polite note of thanks for our hospitality.  One of them even appeared to laugh at a Nicky Bird witticism, but it turned out he was choking on a piece of cheddar. Brie goes down better.