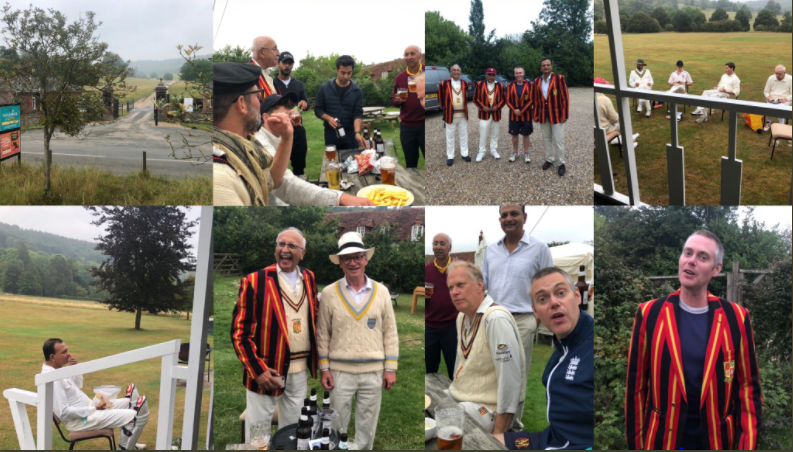 It might have appeared to onlookers that the recently appointed home of Chiltern cricket had been invaded by a crew of rowers, perhaps they’d taken a wrong turn somewhere en route to Henley and were indeed a month late for the Regatta following a mix-up with the boatman who’d apparently left them boatless and having missed the Stokenchurch exit, sailed on down the M40 towards Birmingham with the trailer. There’s was an outfit (finery) that delighted the nattiest of V&A er’s, including our very own Christiaan Jonkers, Wisden’s best dressed man 2020, as they were floated into converse about fine linens and how much Savile Row tailoring could be squeezed into a pre match uniform.

The V&A too had forgotten their paddles.. more on that to come.

The Met super-computers were clearly furloughed and so we relished the mizzle, avoiding any meaningful rain. V&A fielding was tighter than tight as Adam, Nick Emley and the rest of the Elders led from the front. Phil took a superb catch and frankly the V&A engine ticked along as well as any of the super cars parked up behind the pavilion.

During ‘Lockdown’ the groundsman has had time to reflect and develop his top soil relish in favour of more common fads like sourdough baking or hydroponic weed farming and has taken to applying a thin layer of treacle to the ground 8 hours before kick-off. 4’s become 2’s and high speed bowlers looked to be bowling into a wind tunnel. Bits of John’s knee could be seen whistling back in the other direction… strange stuff.

The thing is this one gentleman, Jai Singh, batted bloody well and was supported equally well at the other end as the Kensington XI dug stylishly into the sticky wicket.

But after 42 overs they’d posted what by Ollie Goliath Marsh’s standards was an inviting David of a score to get stuck into.

Nick and Tom started us off – Nick, man with the worldly taste in hats went out ghosting his scimitar – unfortunately his flaming red beard wasn’t enough to blind the bowler’s vision. Having rejected a handful of bat offers and sponsorship before the match, Tom opted for his Flame. Tom is a legend, and like legends who have used the Woodworm Flame, they have innings to remember and some to forget… Nick Emley played the right way but was unlucky*. Lighting a cigarette, Marc Terblanche was rather suddenly called into action. Clearly in a hurry to get back he cut the ball to point and returned purposefully to the clubhouse to find the cigarette he’d lit just moments before still burning. it was a great catch.

Not known for playing himself in Poynter, fresh from a conversation on hydroponic growing tips with one of the V&A’s many keen gardeners, had little option but to spank from ball 1 – like many of the best things, they inevitably stop for tea. Ollie Marsh has been hungrily scoring runs this season so things were looking up – they always are if you’re an optimist. But his head was turned by Sarah’s Lemon Drizzle and so the Kensington XI were fortunate. Captain Tino was the man to steady the ship but alas was sunk in port. The Kensington catapult plus the angled run up of their spin merchant continued to tighten the grip and what must have been thought a very attainable score continued to tower over the V&A.

John now down to just the one knee cap, (poor chap) the other had been pinged across to Stonor park where presumably deer and kite alike were queuing for a nibble, assumed a reassuring figure at the crease and with him there was a glimmer of hope that the hapless V&A, bolstered by this better period of the game, would push forward and take the game to the oppo through Nicky Bird. But it was not to be. Adam diligently protected his wicket throughout but the game was fairly wrested from us.

Among gifts graciously received from the pavilion balcony by our President Nicky Bird was a fine bottle of Johnny Walker whisky, a presidential yacht for state visits, a live and rare cobra for our man behind the stumps and an agreement of a follow-up match against these talented guests in the following season. It was a lovely day and celebrated in glamorous fashion as Nicky Bird trundled off with his bottle of Johnny Walker- muttering something about changing his locks.

During a special firework display over Stonor, the V&A members were reported by witnesses to have conducted themselves with typical…

* Nick Emley’s was a very unfortunate dismissal. Having been adjudged not out (the umpire didn’t hear the ball flick the under edge of Nick’s bat whilst he played a deft sweep shop) Nick congratulated their keeper on a fine bit of glove work and strode from the wicket. We salute players with such integrity that they walk without question. As he returned to the Pavilion he said, simply: ‘I knew I’d hit it, and it was a f*&%ing good catch. Fair play.’

Should you like the other side of the coin, do follow Kensington CC on their various social media channels. They also present Match Reports on all fixtures. https://twitter.com/thekensingtoncc 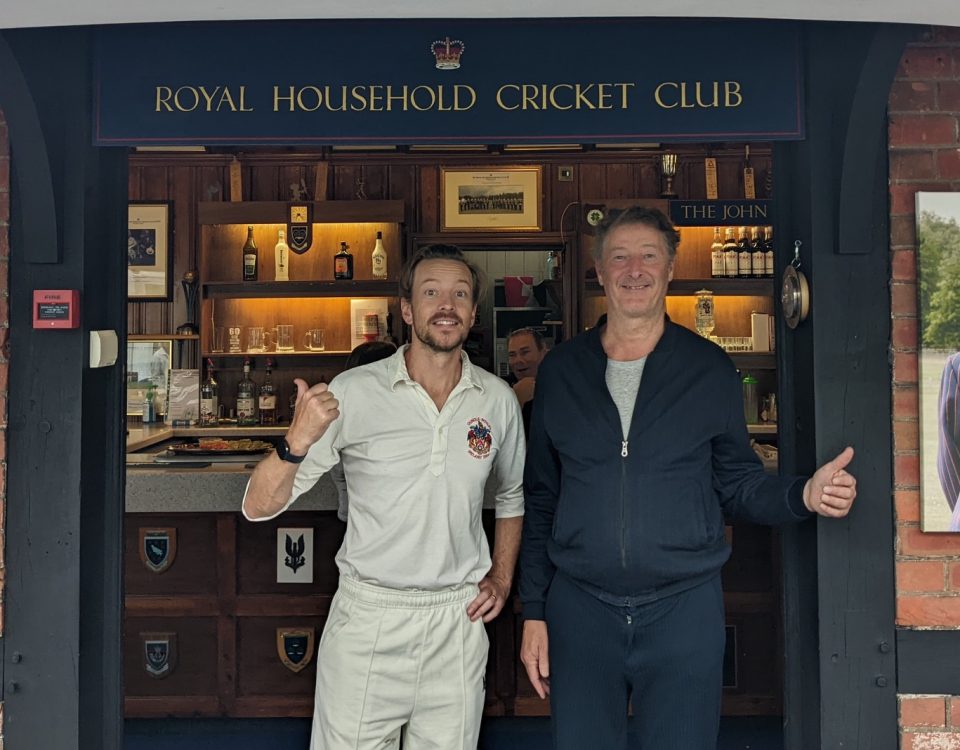 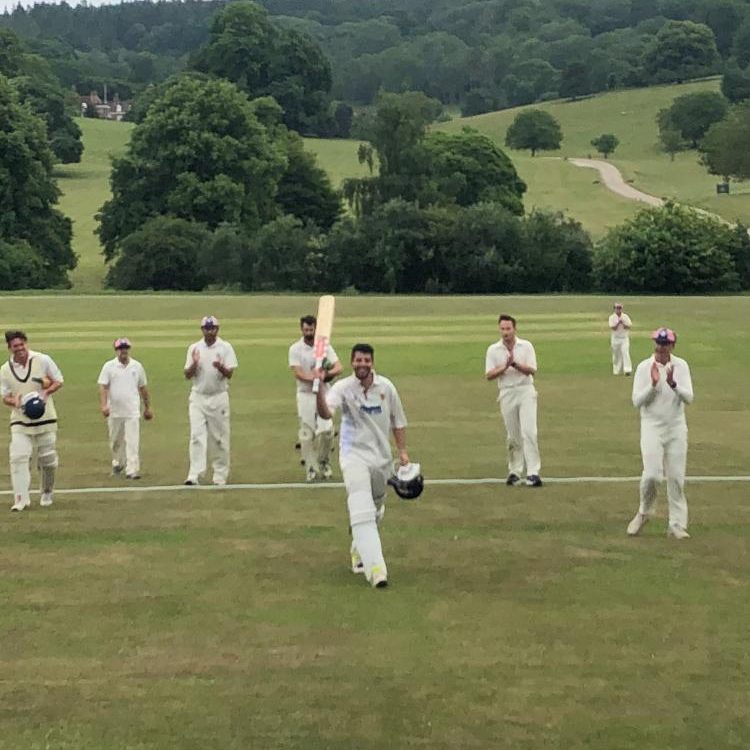